I remember reading Spenser's The Faerie Queen and always wanting to be the royal mistress of my own garden abode. Now, that youthful dream has come true... and I have been crowned as the first ever Poet in Residence of the National Botanic Garden of Wales! 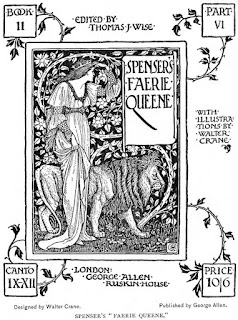 At the time of that imaginative fantasy, I had no idea or even plans to become a poet. Poetry is a thing I accidentally stumbled into... Certainly, I wanted to be a writer, but not the Wendy Cope/Pam Ayres-a-like I seem to have turned into. I wanted to be a seeeeerious writer; a novelist; the voice of Wales! Instead I find, like my mother, I am a chatty girl who can't stop a bit of Cardiff humour spoiling her attempts at being/sounding high-minded/philosophical...

Except sometimes, when the personal or political aspect of a subject becomes a little too meaningful. The poem I wrote about the biggest bud in Wales, in bloom last year in the National Botanic Garden, and which led to me becoming Poet in Residence, was not just about this evil, blood-drinking killer-plant, or even how it transforms into a beautiful, nectar-offering delight when in bloom - it was more about a girl who is at first an ugly duckling, then something like a starlet... I don't think I will ever write a poem that is 'just about a flower' - though, I've got a whole year in the Garden, so, never say never!

Yes, a whole year... Of flouncing and pondering, mooching and meandering, walking and writing - and, since I am a performance poet, in true troubadour spirit I will also be engaging with visitors and staff, through research, workshops, readings, and blogs/social media. Poetry isn't just about the printed page... It's been in existence before the printing press was invented! And that's something I would like to promote during my Garden time, really. 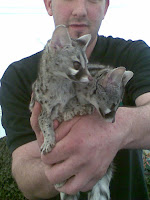 So... A good first weekend in the Garden. I performed some poems in the Great Glasshouse, which is beautiful. I made some notes in the Hot House - some amazing palms, gingers, and orchids in there. AND - I got to see some some animals, including meercats, boa constrictors, and these baby jennets (pictured). Not quite the lion that the Faerie Queen is pictured with above, but - I'll get there! Maybe. Can we get some lions to Llanarthne, please?? Thanks very much!

Please follow my blog, on the right hand side, to keep up with my Garden/poetry adventures! Here are some news articles about it, too:

And, a radio interview! With Bethan Rhys Roberts and Oliver Hides. I am 2hrs 24mins in :-)

Poetry can be contemplative, meditative, calming... It can lull you, soothe you, relax and relieve... It is a wonderful sort of stress-relief. Of course, I'm not saying *my* poetry will do this, but many of the great poets will! So, in times of angst and unease... You know what to do!! (Writing poetry is tops, too) ;-) 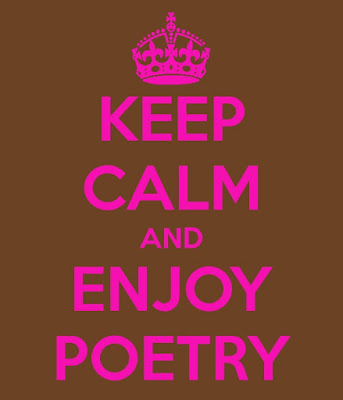 On 23rd March this year, the Kansai St David's Society held their annual event celebrating Wales and Welsh culture in Osaka, Japan. I was lucky enough to be asked over as the event's special guest, after a recommendation/introduction from last year's guest, photographer Rhys Jones. 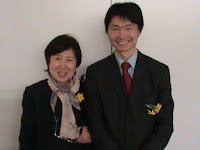 Normally, I am a comic poet who performs on the stand-up, burlesque, cabaret, and spoken word circuits. However, I have written a few serious things (some short plays, several poems) and I thought it would be more appropriate to write something more traditional/historical for this event, rather than the rude and ribald rhyming that I enjoy so much. Somehow, I didn't think my best ever rhyme, a coarse coupling of the words 'Venus' and 'penis' would go down very well here! 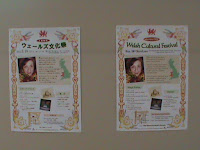 So, I decided to take some mythical Mabinogion tales and translate them into verse form. Of the six stories I chose, only two of these involved rhyme - the others were in blank verse form, although often I employed some vague, internal half-rhymes, assonance/alliteration, and other connecting devices. Line repetition/echo played a part sometimes, and was particularly helpful in plucking moral meaning from these sometimes quite surreal stories.

The event, I am happy to say, was full-house, and other interesting elements and activities included a show of beautiful photographs by Hidetoshi Ochiai; Welsh cake-tasting; an exhibition of art and poems by Hayase Yamagishi; and a set of lovely Welsh songs from the Osaka Male Voice Choir. This included the Welsh national anthem, which you can see here:

All in all, then, this was a marvellous event, and a wonderful time was had by all. Some more pictures from the event can be seen on Facebook here. Thanks to all who came along, and to Chikako Hirono for putting the whole festival together. Diolwch!!